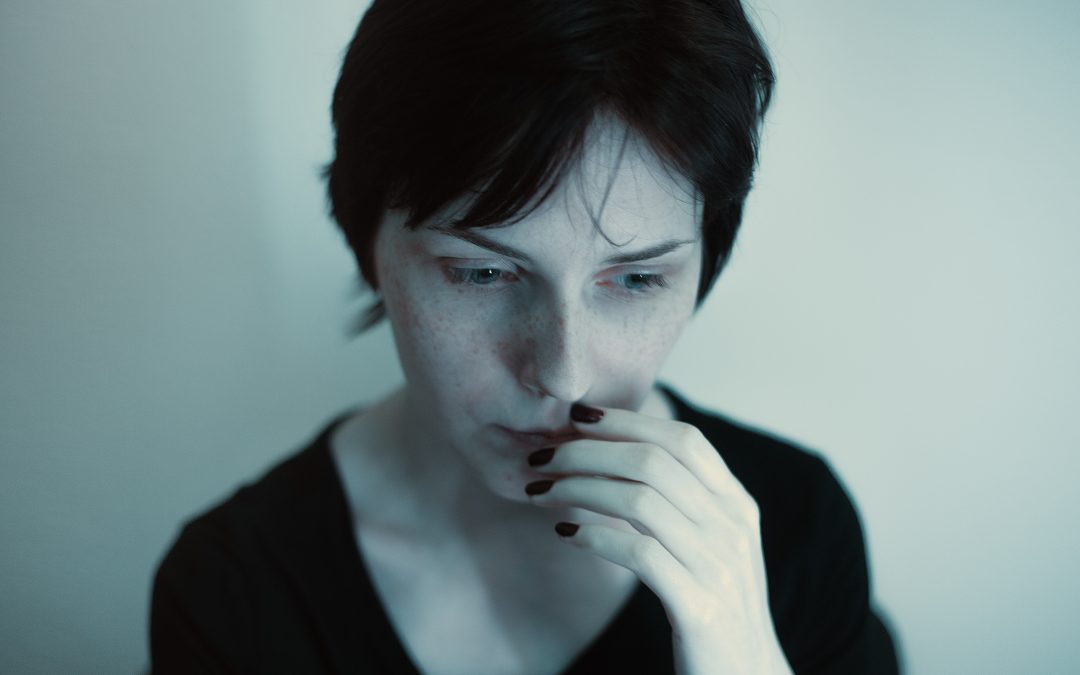 Depression and mood swings are issues that homeopaths see often.  Sometimes difficult moods are linked to hypothryoidism and I would like to tell you about Emily as an example.

Emily’s story of grief and depression

I met Emily for a first consultation by Skype and she told me she was struggling with changeable moods and poor sleep.  Her husband had died a few years earlier and consequently she had felt unsettled in many ways since.  Moreover, she felt she couldn’t think straight or make a decision and insomnia was an ongoing struggle.  Her GP had diagnosed an underactive thyroid and she was on levothyroxine for this and also on anti-depressants.  Needing to take daily drugs was something she hated.

I prescribed a remedy that matched Emily overall, with an emphasis on her grief and depression.  In addition, I suggested a remedy to aid sleep.  It was a couple of months before her 2nd appointment and by then she reported that she was doing very well.  She was less down and sleeping better.  Pushing herself to go out more, she had started a Tai Chi class and found it a lovely friendly group.  She had told her GP she didn’t want the anti-depressants any more.  After this she had weaned herself off these and the prescribed thyroid hormone.

Emily also talked about getting very angry outbursts at times.  She now realised how angry she was about her husband’s death and losing her job.  I prescribed a remedy to help her handle these feelings and she later said that just talking about them had really calmed her.

Emily had a couple more appointments during which we continued to work on her thyroid and a couple of other physical complaints. Emily then told me she needed no further treatment.  She now feels her thyroid is fine and that her moods are more even.  In her words:

“I now sleep soundly, am a lot happier and calmer and feel healthier“.

I found it very rewarding working with Emily and seeing her find ways to move through her sadness and anger to a much happier state and one where she is much more optimistic about her future.

Emily’s case is by no means unique.  Another lady I treated at the same time was also struggling with feeling down as part of her thyroid imbalance.  She too was pleased with progress after 4 consultations and commented:

“I’m really impressed with the changes.  It’s made such a difference.  I’m no longer so low.  General life is now manageable.  Before I was just in a fog and couldn’t get out.”

Homeopathy for people with thyroid imbalances

If you would like to read more about my approach to treating people with a thyroid imbalance, have a look at the thyroid page of my main website.

To ask me any questions and learn more about how I work, please book a free 20 minute phone call.  I look forward to talking to you.