Cystitis is ruining my Life 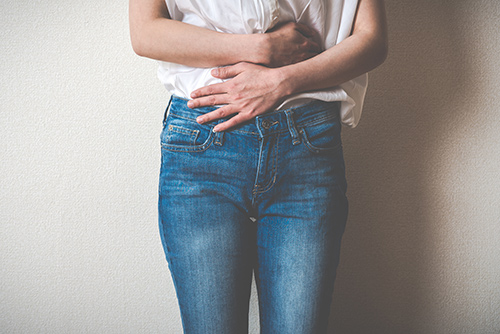 Maddie came to me in desperation, saying “cystitis is ruining my life”. She was getting bouts of cystitis at least every 2 weeks.  She was suffering intense sharp and burning pains for an hour after urination. As she was also getting frequent urging that didn’t leave much pain-free time between!

Maddie could list off many things she had already tried.  These included lots of different antibiotics, D-Mannose, changing her diet and her shower gel, drinking lots and abstaining from sex. Could anything help her?

What struck me most was that it wasn’t just the physical pain that was the problem. Maddie felt the cystitis was taking over her life. She thought about it all the time and when considering any activity would ask herself whether it might make her cystitis worse. She felt unwell, couldn’t focus at work and was very angry that it was ruining her life.

As we explored Maddie’s health history, I learned that Maddie’s frequent cystitis only started after surgery for another problem and that this too had required her to take antibiotics. It seemed likely that the many recent antibiotics were affecting her immune system and making her more susceptible to bladder infections. We also discussed Maddie’s personality and she told me about several other events that had made her angry.

After considering all thi 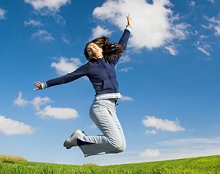 s information, I  decided to prescribe remedies to rebalance Maddie’s gut flora (a bit like a homeopathic probiotic).  I also chose a remedy that matched Maddie’s overall character as well as the tendency to cystitis. Maddie quickly felt better after the remedies and had no more cystitis for 7 months, at which point we repeated the remedy. Following that Maddie was very well. The spring was back in her step and she could get on with all the things she wanted to be doing with her life.

Maddie didn’t need to get in touch again for 3½ years. By then, she had again had several courses of antibiotics and was suffering her familiar cystitis symptoms. As she no longer lived locally, we spoke by phone and I sent her the same remedy as before. A year has now passed and I contacted her to see whether I could write up her story. Maddie was only too happy if it might help someone else suffering in the same way and this is how she describes her homeopathic treatment:

“When I came to see Gill I was in a pretty desperate state having had recurrent cystitis ongoing for a long period of time. It was affecting my sleep and work and I couldn’t cope with it anymore. After speaking with Gill I felt much more at ease. The remedies Gill prescribes are individual to your needs and she goes through every single detail of your symptoms thoroughly which was very helpful. The remedies Gill prescribed I found very helpful and on one occasion Gill was also happy to post out to me which was great in an emergency!”

Do you too feel like saying “cystitis is ruining my life”?  If so, do get in touch or book an appointment.  I would be pleased to try and help you too.