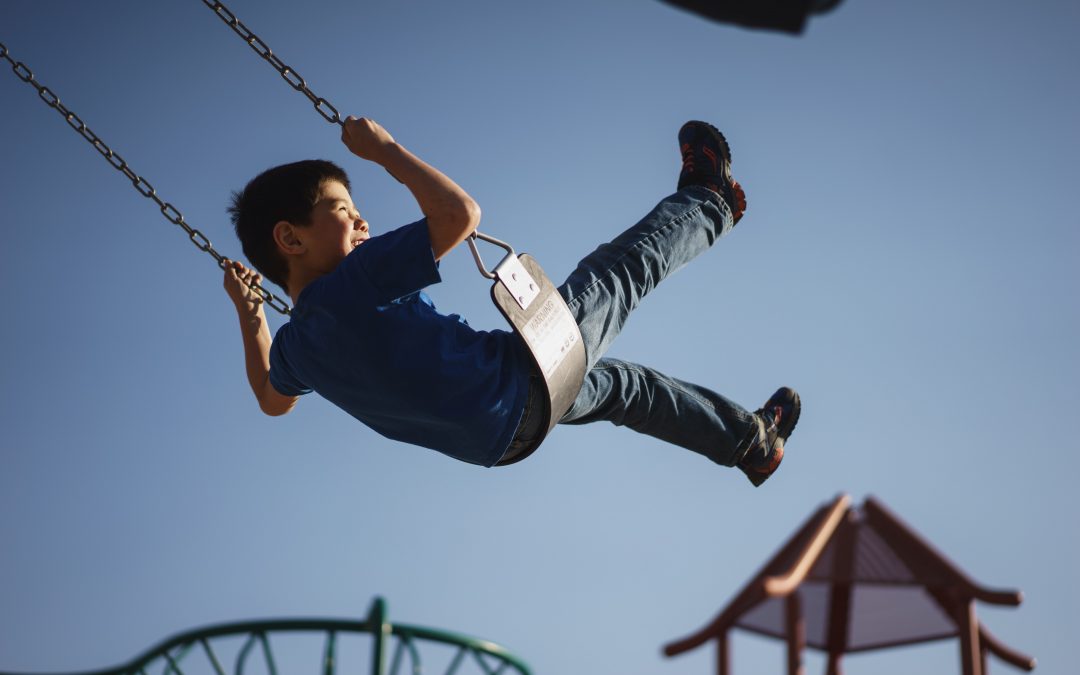 Can you help with my 3 year old son’s hyperactivity with sensory seeking behaviour? This was the email I first received from Ian’s mother.

Ian regularly hurt his brother. Over time this had included hair pulling, biting and punching. He wouldn’t give his brother a moment’s peace. His mother felt it was almost fun for Ian. He didn’t seem to want to hurt his brother. Rather, it was as if he received some sensory feedback from this behaviour.

He also frequently ran into his parents, hitting his head on their backs or stomachs. A real climber, Ian could often be observed rolling on the floor or over people, as well as scrambling or jumping over them. He would also hit his head on the sofa or squeeze in behind people sitting on it.

It was hard to keep him occupied, he constantly demanded parental attention and his energy levels were very high. He wouldn’t sit still to eat. He was frequently angry.

Ian’s brother had been diagnosed with ASD (autism spectrum disorder) and his mother was familiar with this and also ADHD (attention deficit hyperactivity disorder) from her work. She suspected Ian had ADHD together with sensory seeking behaviours but wanted to try a natural approach before seeking a diagnosis.

Hyperactivity is one of the 3 key symptoms of ADHD (attention deficit hyperactivity disorder). The other two are inattention and impulsivity.

However ADHD and SPD (sensory processing disorder) can look similar. Both can result in hyperactivity, poor concentration, distractibility, restlessness, anxiety and meltdowns. Studies suggest 40% of children with either ADHD or SPD will actually have both.

The causes of ADHD and SPD are different. SPD is a difficulty processing input from the senses. Some children are oversensitive to this input and it overwhelms them. Others are under-sensitive to it so they seek more stimulation and develop behaviours to meet this need. ADHD is thought to be linked to problems with neurotransmitters and the frontal lobe of the brain.

However, as a homeopath, what guides my remedy selection is looking at your child’s behaviours in detail. The label put to these symptoms is secondary and there is no need for your child to have been diagnosed with one (or more) conditions.

So let’s return to Ian’s story.

After talking to Ian’s mother in detail about her son and also observing him briefly by video, I decided on my first prescription for him. I noted his hyperactivity, habits of hurting his brother and head butting, desire for lots of attention, fondness for climbing, rolling around and squeezing into tight spaces, love of music and dancing and many other details.

At his appointment a month later, his mother reported improvements. He was more compliant when asked to stop undesirable behaviours and was remaining seated at mealtimes. He was playing more contentedly with toys and with his brother. There was still some provocative behaviour and hitting “but nowhere near as bad as before”. He could focus better on activities like colouring. He could still be easily frustrated and see red but anger was less frequent and he recovered more quickly. I prescribed the same remedy again as there was good progress.

After a second month, his mother still felt the remedy was having a very positive effect. The hitting had gone but he now craved strong hugs – a more acceptable way of getting his sensory needs met! It was becoming clearer what the underlying cause of his anger was. His mother now mentioned a long-lasting blocked nose, which along with other clues, pointed to a second remedy Ian might benefit from.

A dose of this second remedy acted “like magic”. The 24 hours following Ian taking it were “like a crazy day”, with the return of hyperactivity and hitting. However, these settled quickly and the troublesome blocked nose was gone. This brief return of old symptoms, followed by improvement, is a very positive sign during homeopathic treatment and can be expected to lead to good results.

Following these 3 consultations, Ian has only needed a couple of review appointments and no different remedies. He still sometimes takes one of the 2 remedies we identified but his mother now feels able to tell when he needs one. She also understands not to repeat them unless needed and only if improvement still follows. She tells me that the whole family has benefited from the improvements to Ian’s hyperactivity with sensory seeking behaviour.

You may also like to read my posts about other children with Sensory Processing difficulties or ADHD.