Is there a link between Glandular Fever and my thyroid condition? 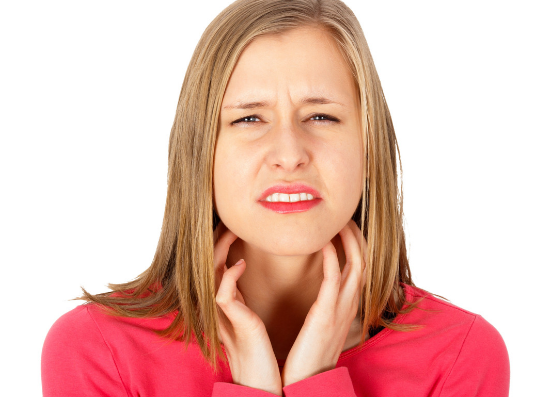 When I meet a new client with an under-active or over-active thyroid, I ask them if they have ever had Glandular Fever.  Why?

First, a bit of background on Glandular fever, then I’ll explain why this may be significant in Hashimoto’s and other autoimmune thyroid problems.  I go on to discuss how I approach such cases as a homeopath and finish with a client’s view of this type of treatment.

Glandular Fever (known as mono or mononucleosis in the USA) is most common in teenagers and young adults.  Typical symptoms are a sore throat, fever, swelling of lymphatic glands and fatigue.  It may also affect the liver and spleen.  Exhaustion often lasts weeks and it is not unusual for people to say they have never felt quite the same since.  For some, it is followed by chronic fatigue.

Epstein-Barr Virus (EBV) is the virus that causes Glandular Fever.  This virus belongs to the herpes family – another name for it is HerpesVirus4 or HHV-4.  The large majority of adults have been exposed: 90% is a commonly quoted figure.  Epstein-Barr virus (like other herpes viruses) remains dormant in its host after the initial infection and can reactivate many years later.

The link to Chronic Fatigue

When I see teenagers with Chronic Fatigue Syndrome, blood tests have often shown a history of past glandular fever (see my posts on chronic fatigue in Megan and Josie), even if they were not aware of having the illness.  Their formal diagnosis is often post-viral fatigue following Glandular Fever.

It is now accepted that EBV can lead not only to Chronic Fatigue Syndrome (or M.E.) but also to autoimmune diseases, including systemic lupus erythematosus (SLE), multiple sclerosis (MS), rheumatoid arthritis (RA) and Sjoren’s syndrome.

Is there a link between glandular fever and thyroid conditions?

Research suggests that there is also a link between autoimmune thyroid conditions and EBV.  A Polish study in 2015 found evidence of EBV in the thyroid in 80% of Hashimoto’s thyroiditis cases and 62% of those with Graves’ Disease.  A 2016 study concludes “EBV is not the only agent responsible for the development of autoimmune thyroid diseases. However, it can be considered a contributory factor.”

Glandular fever and thyroid conditions in my clinic

I find that about a third of my patients with an under-active thyroid know they have had Glandular Fever.  It is likely that many more of them have had exposure to the Epstein Barr virus.

When someone with an auto-immune thyroid problem knows they had Glandular Fever, I may well target my homeopathic treatment specifically at this.  I am particularly likely to do this if the illness was severe or if timing suggests this was the point at which the person’s health took a lasting turn for the worse.

Homeopathic Treatment for a history of Glandular Fever

Homeopathic treatment may include:

Alongside all of this, I look for an overall remedy that matches that person, taking into account a wide range of information about them.  This is the cornerstone of professional homeopathic treatment.

Example cases of past glandular fever and thyroid problems

Here I summarise 2 cases where I used homeopathic remedies to directly target the EBV virus.  I used a symptom scoring system to assess results.  Scores range from 0-6 with 0 being best possible and 6 the worst.

In both my client reported that while taking the remedies they got symptoms that reminded them of how they felt when they had Glandular Fever but that after finishing the course they felt much improved in their thyroid symptoms.  This “return of old symptoms” is a very positive sign in homeopathic treatment and can be expected to lead to good results.

Wendy (not her real name) had been hospitalised for 2 months with severe glandular fever in her teens and now had a diagnosis of autoimmune hypothyroidism.   During homeopathic treatment for her history of glandular fever she told me that she felt tired with an “old can’t cope feeling” that was familiar from when she was so ill.  A month later she reported the following improvements:

Olivia had also had glandular fever in her teens and was in bed for 2-3 months.  She had had relapses since and told me that her tendency to frequent infections and exhaustion started from when she had Glandular Fever.  She came to me for help with her under-active thyroid.  While taking remedies for her history of glandular fever, she felt very tired, was alternating between being hot and cold and was getting vivid dreams, all things she recalled from when she first had Glandular Fever.   A marked improvement followed the remedies.

15 months later, I asked Olivia to describe her experience of the homeopathic EBV detox – her answers are below.

Olivia describes her experience of homeopathic treatment for past Glandular Fever

How did you find the experience of taking a course of homeopathic remedies for your past history of glandular fever?

“There were quite a few remedies to take over a period of time however, following Gill’s detailed instructions ensures that you take the correct remedies timely. The process itself is quite rigorous as you are in essence giving yourself glandular fever again! Gill had well prepared me for this in advance, and I have to admit I did feel awful during the detox process.”

With hindsight, are you glad you took these remedies?

“I am very glad I took the remedies for a glandular fever detox, I now feel the benefits.”

What effect do you feel these remedies had on how your thyroid symptoms and overall well-being have been since?

“I feel the remedies had and continue to have a really good impact on my thyroid and overall well being.  I have lost a lot of weight, I feel inclined to exercise more,  I have had a significant reduction in the amount of levothyroxine I now need to take daily, my daily energy levels are significantly better, I’m not so prone to infections and illness- in fact I haven’t required any antibiotics since my detox , as a minimum previously I at least required one course of antibiotics per year due to illness. Additionally recently I was offered a new job which is going to be very demanding and will require a lot of energy to be successful, since the detox and resulting improvements in my health, I now have the confidence in my health and energy levels to be able to fulfil such a role. “

Is there any advice you would give to someone considering homeopathic treatment for past Glandular Fever or EBV?

“Follow Gill’s detailed instructions
It will get worse before it gets better!
Gill is always on hand for support/queries
Think of the long term benefits you will feel afterwards during the worst of the detox.
Be kind to yourself
It’s absolutely worth it! “

With many thanks to Olivia for her frank feedback.