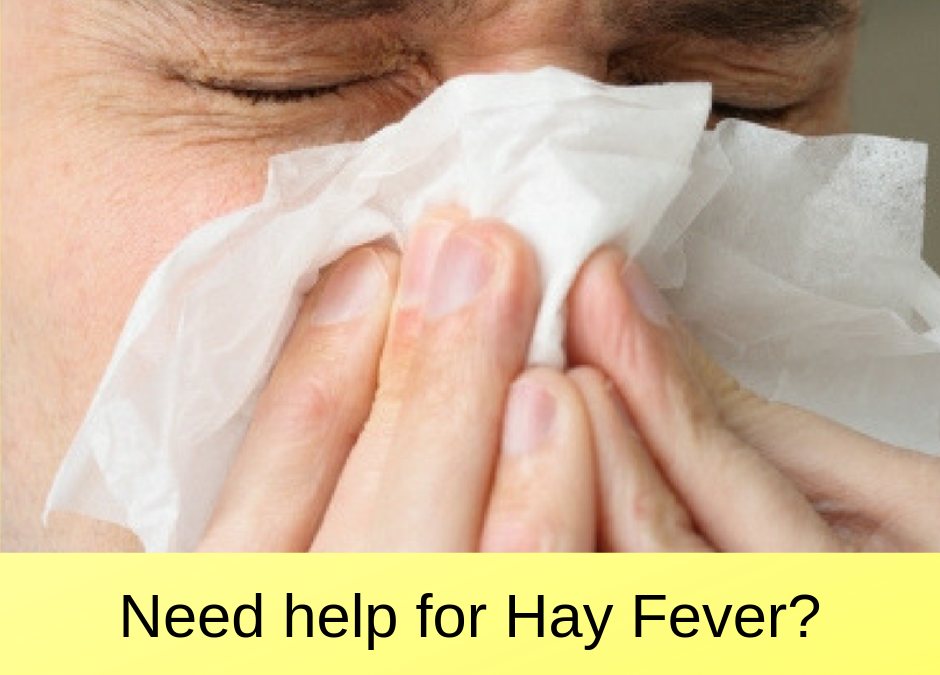 Do you need a Remedy for Hay Fever now?

Are you suffering with irritating hay fever symptoms like a streaming nose, itchy eyes or sneezing?  Homeopathic remedies can bring rapid relief even in the thick of the hay fever season.

This time last year I was treating Nathan for a long-term condition.  His mother asked, almost in passing, whether there was any chance I could help with his hay fever.  Every summer he would end up on a steroid nasal spray but was there something homeopathic he could use instead?

I asked for some more details of Nathan’s symptoms and mood when his hay fever was bad.  I then chose a remedy for him.

“The hay fever remedies have been amazing.  Everyone is telling me this year is such a bad year for hay fever but he’s fine.  Just amazing.  I never expected it to work so well.”

Choosing the best homeopathic remedy for your hay fever

For best results, a remedy needs to be matched to your specific hay fever symptoms and take account of anything that makes them better or worse. A homeopath will also consider which remedies are likely to be suited to your personality and health history.  It is common, for example, for hay fever to arise when a person is also prone to eczema or asthma, or where other family members have these conditions, and this too can influence the choice of remedy.

Alongside a homeopathic prescription, there are also things you can try to ease your symptoms yourself.  Here are a few suggestions:

Out of season treatment

Longer term you may be interested in treatment out of the hay fever season to try and reduce your hay fever symptoms for future years and you can read about that in these other blog posts: How would it be if you could dramatically reduce your Hay Fever Symptoms? and Hay fever free after 30 summers of antihistamines.

but first …. if you need a remedy for hay fever NOW!

If you would like to know more about how homeopathy can help you or someone you know with hay fever symptoms they have at the moment, you can book a free 20 min introductory call or book an appointment with me using my online calendar.

I can see you in person in my clinic in Forest Row or alternatively we can talk via video call.

I look forward to hearing from you,